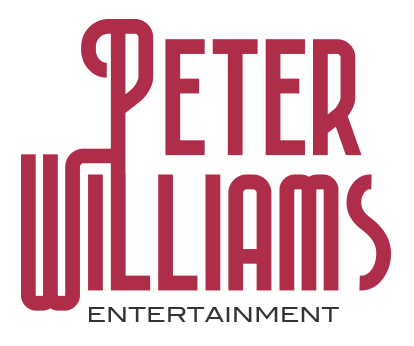 About Peter Williams
Peter Williams is a full-time professional Musician, Entertainer, Pianist and Vocalist who has been playing music professionally for over 50 years.
musician, entertainer, pianist, vocalist, Surrey BC, Langley BC, gigs, pianist for hire
62
page-template,page-template-full_width,page-template-full_width-php,page,page-id-62,cabin-core-1.0.1,select-child-theme-ver-1.0.0,select-theme-ver-3.1.2,ajax_fade,page_not_loaded,,vertical_menu_enabled, vertical_menu_width_290,smooth_scroll,side_menu_slide_from_right,wpb-js-composer js-comp-ver-6.0.1,vc_responsive

Get To Know Me

I started piano lessons at age 5, with my first public appearance at age 6. I honed my musical chops, expanded my repertoire and developed my professional skills by playing in an array of bands of various musical styles from rock to country to jazz to lounge.

In the 1970’s, I began working solo at piano bars in Alberta Canada under the name “The Piano Man”  and toured throughout Alberta. Eventually my career expanded and I started playing in British Columbia, on the Vancouver based cruise ship Xanadu, then onto performing in Vancouver bars and hotels in the 1980’s as a resident entertainer for 2-3 year stretches.

I have been entertaining at retirement residences and senior living complexes throughout the Lower Mainland since 2008.

In 2013 I began performing at the Vancouver Station (of the award winning Rocky Mountaineer Train) for early morning departures from April to October.

During the Holiday Seasons, I can be seen playing Christmas music at Oakridge Mall (Vancouver, B.C.)

I am a member of SOCAN Performing Rights Organization and a proud supporter of RAPS (Richmond Animal Protection Society), SPCA and WWF (World Wildlife Federation).

My slogan “The Piano Man” is not a depiction of a Billy Joel or Elton John tribute artist, but rather as a description of the life of being a Piano Man, as described in the lyrics of Joel’s song:

Play us a song, you’re the piano man
Play us a song tonight
We’re all in the mood for a melody
And you’ve got us feeling alright

I have been fortunate to have performed at many locations for many occasions. Please feel free to contact me with any questions or requests for bookings.